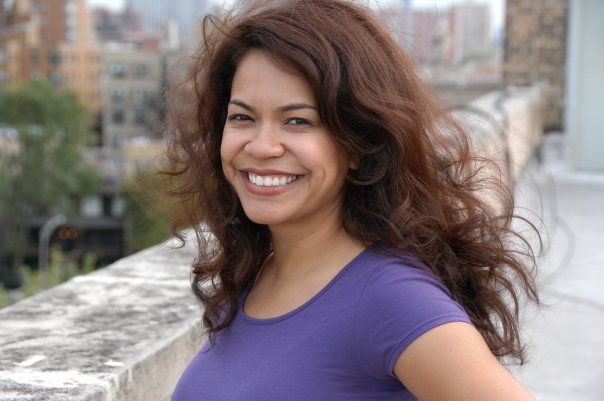 Editha Rosario —
Editha Rosario – Moore is a proud Filipina/Puerto Rican American lawyer working for the Illinois Office of the State Appellate Defender in Chicago, Illinois. Before she began working as a full time public defender, she was a writer, nonprofit manager, educator, and theater artists with performance credits in Chicago and New York. A native Chicagoan, Editha studied theater at Northwestern University and earned a graduate degree from New York University in play writing, performance and feminist studies. Editha has served as Executive Director of INTAR Theatre, an ensemble member of American Blues Theater, and Director of Individual Giving at Dance Theatre workshop. She completed her law degree at Tulane.

Robin Lynch  —
Robin Lynch is a recipient of numerous national and international design awards, has worked as art director at Warner Bros. Records, director of design at Electra Records, and vice president of creative services at GRP Records. She served as vice president of the board of directors for the New York chapter of the American Institute of Graphic Arts and participated as a speaker at numerous design conferences. She is an associate professor in the School of Art+Design at Purchase College, SUNY. Robin’s Negerkunst Studio has earned international awards in graphic design. Clients include Spike Lee, Studio Museum of Harlem, Firelight Media, Rockefeller Foundation, and MIT. Video collaborations with her partner Peter Sprague include video projections for Liz Skipe’s Bug Bite at 57E57th in New York City and at the Edinburgh Fringe Festival and video and motion design–infused productions of Charles Mee’s bobrauschenbergamerica and Matthew Hahn’s Robben Island Bi 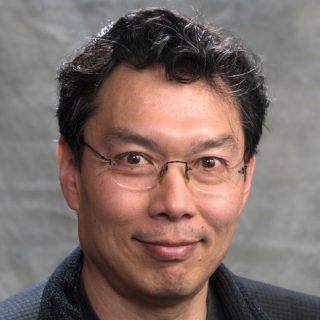 Clement A. Price Chair in Public History and the Humanities. Director, Clement A. Price Institute Professor of History. Jack Tchen is a facilitator, teacher, historian, curator, re-organizer, and dumpster diver. He works on understanding the multiple presents, pasts, and futures of American cities and metropolitan areas, identity formations, trans-local cross-cultural communications, archives and epistemologies, and progressive pedagogy. He also works on decolonizing Eurocentric ideas, theories, and practices and making our cultural organizations and institutions more representative and democratic.

Professor Tchen is the founding director of the Asian/Pacific/American (A/P/A) Studies Program and Institute at New York University and part of the original founding faculty of the Department of Social and Cultural Analysis, NYU. He co-founded the Museum of Chinese in America in 1979-80 where he continues to serve as senior historian.

He is author of the award-winning books New York before Chinatown: Orientalism and the Shaping of American Culture, 1776-1882 (Johns Hopkins University Press, 2001) and Genthe’s Photographs of San Francisco’s Old Chinatown, 1895-1905 (Dover Publications, 1984). He is the co-author, along with Dylan Yeats, of Yellow Peril! An Archive of Anti-Asian Fear, which was published by Verso in 2014. Professor Tchen is now working on a book about New York City that focuses on the unrecognized tradition of intermingling people, creativity, and improvisation among everyday residents. He regularly collaborates with filmmakers and media producers, artists and collectors, and, through the A/P/A Institute, sponsors and produces hundreds of programs and performances.

Professor Tchen has been building research collections of Asians in the Americas for over three decades. In doing so, he has critically examined practices of collecting and archiving to make sense of how we come to know what we know and don’t know. He was awarded the Charles S. Frankel Prize from the National Endowment for the Humanities and in 2012 received the NYU MLK Jr Humanitarian Award. He is co-principle investigator of the report “Asian Americans and Pacific Islanders: Facts, Not Fiction – Setting the Record Straight,” produced with The College Board. He is currently co-chairing the effort at the Smithsonian Institution to form an Asian Pacific American Center. Most recently, he co-curated the Museum of Chinese in America’s core exhibition, With a Single Step: Stories in the Making of America, in a space designed by Maya Lin, and served on New York City’s Mayoral Advisory Commission on City Art, Monuments, and Markers.

Sonnet Takahisa  — Former director of Education at the Brooklyn Historical Society and previously an independent consultant who brings years of experience in museums, arts education and schools.Throughout her career, Sonnet has focused on the arts, public engagement, community building and education reform. Through innovative leadership, creative partnerships, and strategic planning, she emphasizes the importance of arts and cultural institutions remaining relevant and inspiring to 21st century communities.

Sonnet consults with museums, cultural institutions and schools, has served on national and local task forces for museums, arts, PreK through higher education, government funding agencies and foundations. Most recently she served as part of the management team at the Newark Museum where she advocated across all Museum divisions to ensure an ongoing and productive conversation with a diverse and growing audience.

She initiated programs at Boston Children’s Museum, Seattle Art Museum, Brooklyn Museum and the National September 11 Memorial & Museum. From 1993 – 2003 she was founding co-director of The NYC Museum School, a groundbreaking public school that engaged secondary school students by providing direct access to the resources of cultural institutions. No matter where she has been engaged, she has brought her signature creativity and intellectual rigor to inspire and create change, pushing and leading the museum and arts education professions to provide enriching and innovative opportunities for all audiences.

A native Brooklyn-er, Sonnet is married to musician and arts education and philanthropy consultant, Hollis Headrick. They live in Brooklyn and together champion the arts through their firm, Arts and Cultural Strategies, Inc.

Susan Perlstein  — Susan Perlstein is the founder of the National Center for Creative Aging and Elders Share the Arts. Susan is presently a consultant to the field of creativity and aging.  She is an educator, social worker, administrator and an artist. She has written extensively on creativity, and late-life learning.

Shekaiba Wakili Bennet —  Shekaiba Wakili s a photographer who creates images centered on issues of contemporary Muslim women. Born in Kabul, Afghanistan, she immigrated to the United States after the Soviet invasion. She graduated from Columbia University with a Masters in Art Education, and received her BA from State University of New York, Old Westbury, in Visual Arts and History.

Warren Lehrer — Warren Lehrer is a multi-disciplinary artist, educator and humanitarian. He is co-founder of EarSay. Full bio on about page.

Judith Sloan  — Judith Sloan is a multi-disciplinary artist, educator, and human rights activist. She is co-founder of EarSay. Full bio on about page.