Winner 2004 Brendan Gill Prize
“A celebratory chronicle of the immigrant experience in New York, Crossing the BLVD is a Whitmanesque book that reveals a staggering array of humanity… [It] chronicles life in Gotham in both its despair and boundless promise. The first-person narratives are drawn from audio interviews, while the book’s ever-changing graphics and typefaces mirror the rich pastiche of religion, language and tradition that coexists in the borough… chosen for its ability to convey the inspired resiliency of the myriad communities that contribute to the city’s dynamism.” Municipal Art Society of New York

Winner 2003 Innovative Use of Archives Award “We honor Crossing the BLVD for exploding the paradigms of oral history and reinterpreting them for our multimedia century… for its boldness and creativity as it charts a lasting record of this vibrant, diverse community in New York City—the new Ellis Island.” Archivist Round Table of Metropolitan NY

Selected Best Books of 2003 Publisher’s Weekly “New York’s undersung borough of Queens, home to the new Ellis Island (the airports), is the most diverse county in the country today, and documentarians Lehrer and Sloan have innovatively brought it to life… A poetic, arresting, vividly printed mosaic.”

Selected Best Books & Audio CDs of Indie Culture 2004 Utne Reader“Crossing the BLVD is a one-of-a kind amazingly designed book… portraits of immigrant Americans, images of their belongings, maps, and innovative typography combine to bring these lives up off the page…”

“Immigrant life in Queens, as told in the intimate, rich, comic, ironic and sad stories so often seen but not heard in America’s big cities…” The Washington Post Lynne Duke.

“With first-person accounts from 79 immigrants in Queens, the 400-page book is an offbeat ethnic tour of one of the country’s most ethnically diverse counties. It does not point out trendy kebab palaces or obscure taco stands, but rather tells riveting stories about a new wave of immigrants to America…”The New York Times Corey Kilgannon 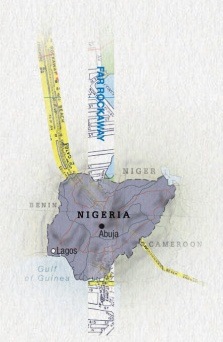 “This stunningly innovative book goes beyond pathos and into the kaleidoscope of experience that defines real immigrant life, in all of its complexity.” City Limits Debbie Nathan

“Crossing the BLVD is a paradigmatic American studies text. It is an innovatively designed, beautiful, moving, funny, stimulating, horrifying, and illuminating book. The stories that Lehrer and Sloan have collected of migrants who came to the United States after the 1965 Immigration and Nationality Act speak to the wide-ranging interests of American studies scholars. If you are interested in visual culture, oral history, class and culture, music, immigration, ethnicity, urban history, race, queer studies, narrative and storytelling, gender or transnationalism and globalization, you will find touchstones for your own thinking and your classroom discussions… The people profiled in this book of migration stories remain tangibly alive in your memory… More than a book for American studies scholars or students, it is a pleasure to read—a book to be read for the sheer enjoyment of it.” American Quarterly Kirsten Swinth

“Behind the drab storefronts and nondescript homes that define the borough, Sloan and Lehrer discover a soulful place teaming with immigrants from Mexico to Australia whose stories unfold in a kaleidoscope of color…” CNN

“In the spirit of Jacob Riis and others who powerfully and enduringly depicted immigrant life on the Lower East Side in the early part of the 20th century, Warren Lehrer and Judith Sloan tell the stories of new immigrants in Queens… Their new book, Crossing the BLVD has an immediacy and rich depth to it, reflecting the diversity of the most ethnically varied county in the country… Not like other volumes about ethnic New York: It is not a guidebook to neighborhoods nor a sourcebook for ethnic shops and restaurants; rather, its focus is on immigrants’ lives… The book’s distinctive layout—with color photographs, visual artifacts and blocks of text in different sizes and typefaces, conveying different voices—has the feeling of an open conversation…” Jewish Week Sandee Brawarsky

“In the new typographical and geographical adventure Crossing the BLVD… immigrants from all over the world tell their harrowing, thrilling, inspiring stories… arriving in Queens, NY—sometimes to thrive in freedom, sometimes to meet new obstacles. These stories are our parents’ and grandparents’ stories relived by new Americans who came from Congo, Afghanistan, Bhutan, Colombia… Collected in this gripping new book, filled with photos and maps and portraits. The text jumps and continually changes clothes and sizes…because that’s how people talk. Especially when their tales are worth hearing.” New Haven Advocate Paul Bass

“A lens on the world… Crossing the BLVD thinks of Queens BLVD not as the “Boulevard of Death” but as an avenue of new lives. It lays out an international array of extraordinary experiences.” New York Daily News Celia McGee

“I have never seen a book like this. [Crossing the BLVD is] a remarkably beautiful, lovingly put together example of bottom-up journalism.” Amy Goodman, Anchor/Executive Producer Democracy Now!

“In their extraordinary attempt to document ‘signs of migratory life’ …[Lehrer and Sloan] undertook the impossible task of telling the story of modern-day Queens while providing a window into the geopolitical and cultural history of the postcolonial world. Undeterred, they succeed because they focus on 79 powerful individual stories that deserve telling… The stories selected counter a prevailing trend toward oversimplification of American demographics and cultural history. Crossing the BLVD is an important project encouraging people to listen attentively to rarely heard stories. The Next American City Anika Singh

“I’ve been interviewing authors and doing books for 24 years, and I can tell you Crossing the BLVD is one of the best books I’ve ever read! It’s so innovative, so rich, so fabulous. The book is beautifully designed. It’s like a work of performance art. Thank you, thank you, thank you [Warren Lehrer and Judith Sloan] for putting this book into the world and giving a voice to these people.” The Faith Middleton Show Connecticut Public Radio

“Crossing brims over with the energy, heart and spirit that went into creating this important work. A fitting tribute to the world it so lovingly documents.” Dave Isay, documentary public radio artist, MacArthur Fellow

“A book of stunning originality, tremendous visual flair and cinematic depth, Crossing will forever change the way we think about our cities, our communities, our neighborhoods, our neighbors, and ultimately, our own backyards. It’s as if we’ve all been invited to an enormous block party, where Lehrer and Sloan have personally introduced us to some of their most fascinating neighbors. By the end of the book, strangers somehow feel like friends, and the boulevard feels a lot like home.” Alan Berliner, filmmaker & media artist 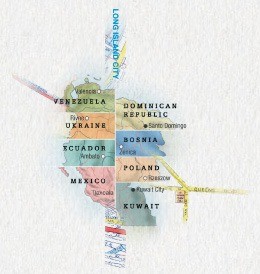 “Lehrer/Sloan’s fascinating book offers unique insights into the rich and combustible cauldron of cultures and ethnicities in the most diverse corner of America. Crossing reveals the impact of changes in immigration law through the oral histories of asylum seekers caught in mandatory detention, refugees fleeing war and persecution, and those pushed out of their countries struggling to re-create their lives. The significance of this extraordinary volume is that, ready or not, it provides a glimpse of the new America which is emerging.” Ron Daniels, Executive Director, Center for Constitutional Rights 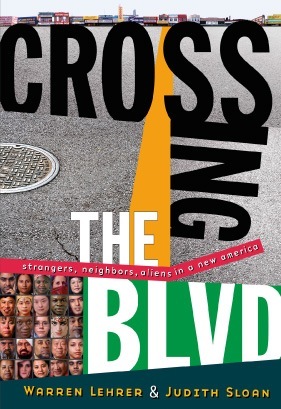 Crossing the BLVD: strangers, neighbors, aliens in a new America is a 400 page, four color book that portrays the lives of new immigrants and refugees who live in the most ethnically diverse locality in the United States—the borough of Queens, in the city of New York. For three years, writer and artist Warren Lehrer and actress and oral historian Judith Sloan traveled the world by trekking the streets and neighborhoods of their home borough in search of migration stories, culture and soul. This book documents some of the many people and stories they encountered along the way.

First person narratives, crafted from interviews and storytelling workshops, are illuminated by Lehrer’s photographic portraits of the subjects alongside reproductions of the objects they have carried with them from home to home. The Talmudic structure of the book juxtaposes multiple perspectives: neighbors who came from opposite ends of the earth, intergenerational points of view within families, teammates, classmates, friends, enemies, and co-workers. Narratives are annotated by Lehrer/Sloan’s observations, as well as historical perspectives on the countries of origin, changes in U.S. foreign/immigration policies, and other contextual matter. In five movements, the book features the voices of 79 individuals as they reflect on the good, the ugly, and the unexpected in their stories of crossing oceans, borders, wars, economic hardship, and cultural divides. Collectively, the stories, images and sounds of Crossing the BLVD serve as a magnifying glass for the future of America.

“Immigrant life in Queens, as told in the intimate, rich, comic, ironic and sad stories so often seen but not heard in America’s big cities.” The Washington Post

“Behind the drab storefronts and nondescript homes that define the borough, Sloan and Lehrer discover a soulful place teaming with immigrants from Mexico to Australia whose stories unfold in a kaleidoscope of color…” CNN

“Crossing the BLVD is a powerful social record… Most of the subjects live in Queens, but their stories resonate far beyond the borders of this multicultural New York borough. What often gets lost in the national debate on immigration is the human dimension, an understanding of the lives of those people who give up everything to come here. Crossing the BLVD lets them tell their stories… We see the subjects’ faces in the photographs, hear their voices, and enter into their lives through cherished mementos they have carried from home to home… Extraordinary stories… a living work of art.” The New York Times

“I have never seen a book like this. [Crossing the BLVD is] a remarkably beautiful, lovingly put together example of bottom-up journalism.” Amy Goodman, Anchor and Executive Producer Democracy Now!

Winner 2004 Brendan Gill Prize “A celebratory chronicle of the immigrant experience in New York, Crossing the BLVD is a Whitmanesque book that reveals a staggering array of humanity… [it] chronicles life in Gotham in both its despair and boundless promise. Chosen for its ability to convey the inspired resiliency of the myriad communities that contribute to the city’s dynamism.”The Municipal Art Society of NY. The Brendan Gill prize is awarded annually to the creator of a book, essay, poem, lyric, song, composition, play, painting, sculpture, landscape or any other work of art which best captures the energy and spirit of New York.

Crossing the BLVD is used as a text in college courses from oral history and sociology, to documentary, immigration, cultural, ethnic, American, and women’s studies, to immigration and civil rights law, to American history, globalization, freshman writing, and as a common reader. The book is also used in high schools and in ESL classes, and even as part of training kits for interns at urban hospitals. 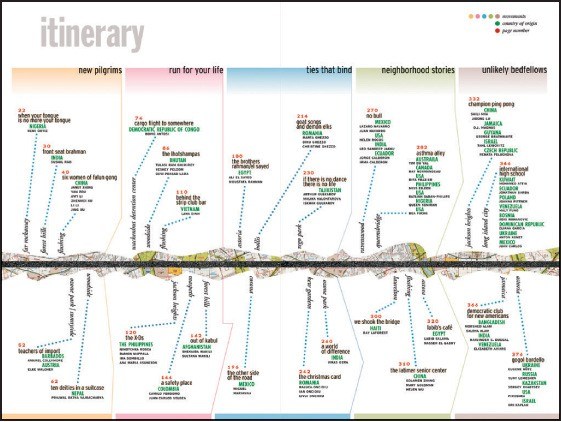 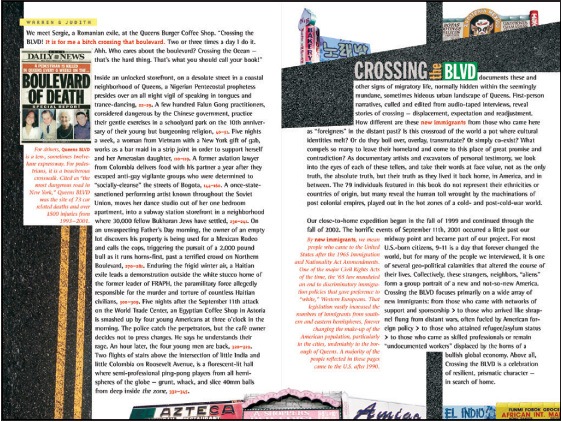 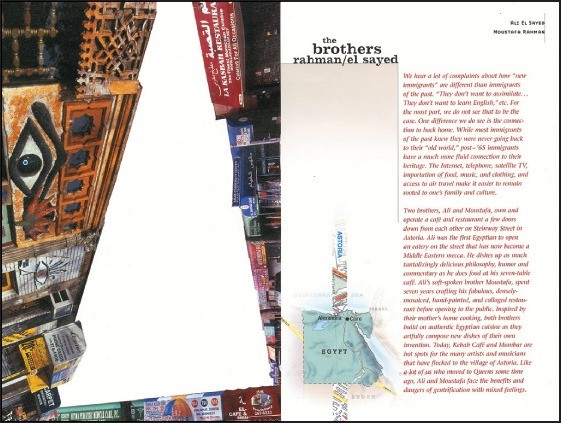 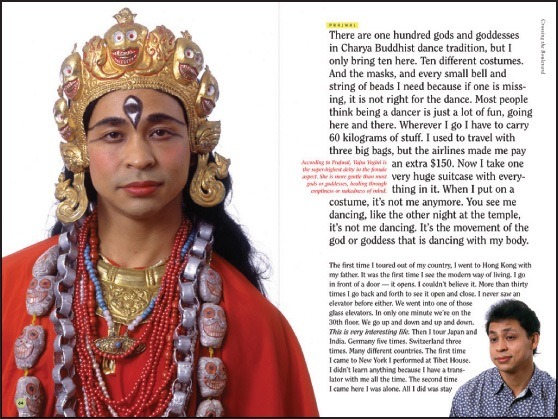 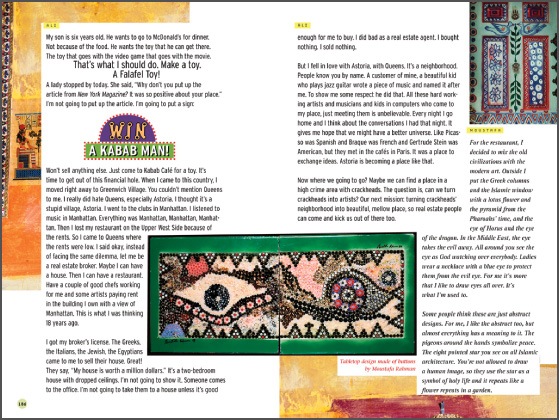 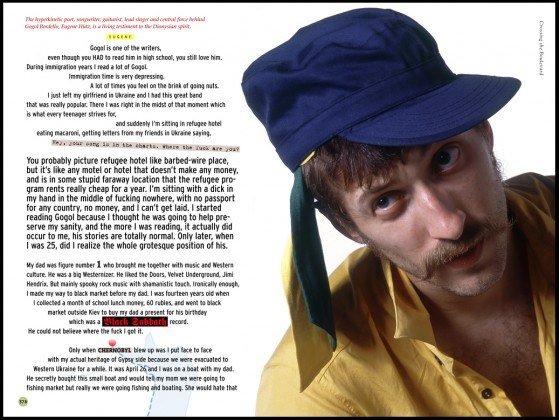 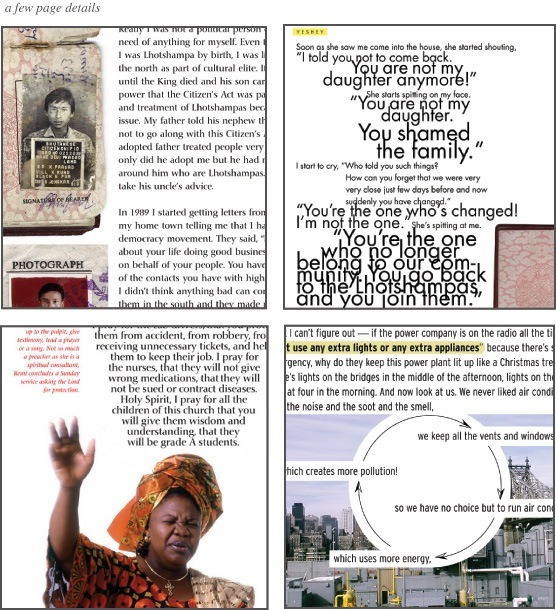 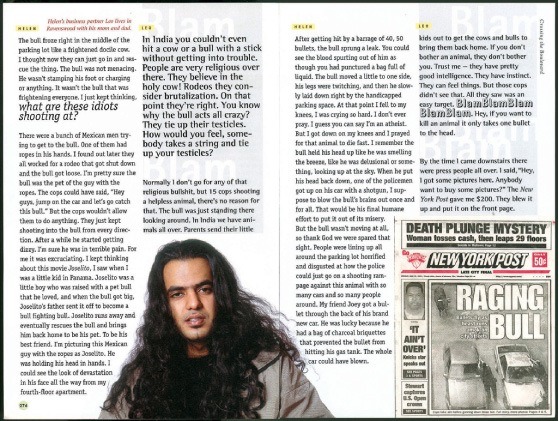