In the four new publications by Lehrer… the implications of a new kind of literature are at last being pursued… The Portrait Series is articulated with enormous feeling and care by an author with an ear superbly attuned to the cadences of spoken language. Lehrer, unlike so many contemporary graphic stylists, begins from a deep engagement with content he has created himself…”Frieze Magazine Rick Poynor

“Unlike many books of oral stories which fall flat on the printed page,Brother Blue: a narrative portraitis so alive, so vibrant, that at times I was sure I was hearing the voice of this remarkable storyteller/philosopher… Absolutely Delightful! The Bloomsbury ReviewShanta Nurullah

“…Lehrer’s most recent project is a quartet of books called “The Portrait Series,” published by Bay Press in Seattle. In each volume, a man on the “wobbly line between brilliance and madness” narrates his biography. Brother Blue is an ordained minister and professional raconteur who dresses in clothes trimmed with butterflies. Charlie, a musician, has been in and out of mental institutions for 17 years. Nicky D. is a retired dockworker in Long Island City, Queens, who delivers “barbed commentary on familial duty, work, war, money, religion—and the best way to chop garlic.” Claude, the adopted son of a French ambassador, earned degrees in art and medicine and endured a spate of homelessness.

The Portrait Series,” represents Mr. Lehrer’s first attempt to reach a mainstream audience. His early work was published in editions of under a thousand and sold to collectors who recognized the author’s place in a long tradition of typographic outlaws. Others considered him too far ahead of his time. When he showed his first book “Versations” to a dealer more than a decade ago, the man admired its artful density, then advised Mr. Lehrer, “Come back when you’re dead.”

Now the times are beginning to catch up to him… While Mr. Lehrer’s early books can seem as boisterous as a video arcade—one does not read them so much as attend their performance—”The Portrait Series” shows more typographic restraint. It also shamelessly offers the pleasures of voyeurism all good books afford. Who knows? Mr. Lehrer may finally have met the times halfway.”
The New York Times Book ReviewJulie Lasky

“Lehrer is a 21st century oral history, new journalism mastermind. Studs Terkel in cyberspace. More visceral than most biographies, The Portrait Series is an extraordinary set of books that allows you to physically hold the subjects in your hand as you read their eccentric, strange, dangerous and amazing stories.” City In Exile, WBAI Matthew Finch

“The arrival of the first set of Warren Lehrer’s Portrait Series is something of an event… echoes of Henry Miller… vivid evocations of family life and history. Absolutely defining and unmistakable.”
JAB (Journal of Artists’ Books) Paul Zelevansky

“Each book in The Portrait Series is a vibrant visual and narrative biography of an eccentric, prismatic and resilient personality… Riveting! Lehrer defies categorization.”
Gannet Newspapers Linda Kaplan Wagner

“With The Portrait Series Lehrer continues his pioneering work in ‘visual literature’ in which the look of the words on the page is as important as the words themselves.”
Philadelphia City Paper
David Warner 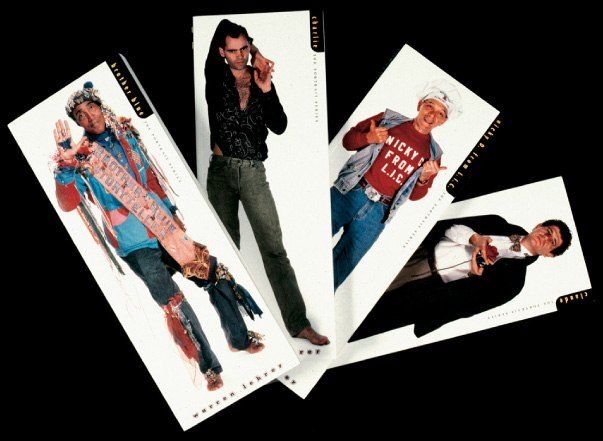 The Portrait Series documents and portrays eccentric Americans who straddle the wobbly line between brilliance and madness. These stoop philosophers, sit-down comedians, and off-the-cuff bards, puncture the predictability of everyday life. Each volume is proportional in size to a standing human figure, with a photographic portrait of the subject on the front cover; a portrait of them from the back on the back; and inside, the guts—life stories and perspectives told in short stories, vignettes and extended soliloquies. Expressive but very readable typographic/pictorial settings attempt to capture the shape of thought and reunite voice with the printed page. The first four books in the series form a quartet of men. Together, they challenge traditional notions of madness, heroism, masculinity, and what a book can be. Each book can be purchased separately, but we recommend you get the set.

Or purchase as individual volumes: 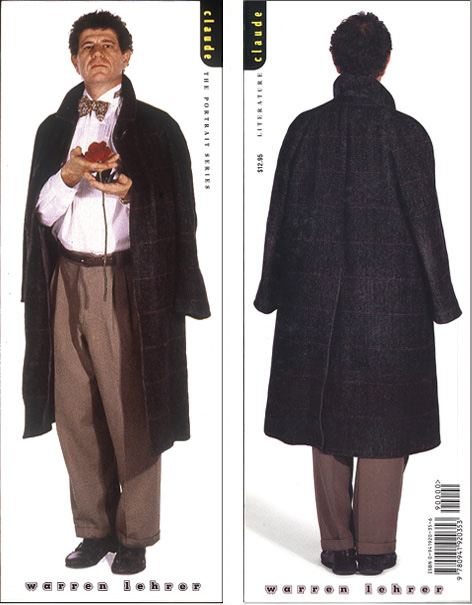 During his forty-plus years, Claude has lived the life of a bohemian artist, underground doctor, spy, philanthropist, homeless person, inventor, and entrepreneur. This intimate portrait of Claude Debs, an orphaned survivor of child sexual abuse turned fiercely independent citizen of the world, follows Claude’s pilgrimage from the Middle East to France, Russia and America. It offers heretical and searing observations on hyper-sexuality, marriage, lying, the art of alchemy, and hard-fought living. It also lays bare the intimate reflections and fractious soliloquies of one-side of a twenty year friendship, as seen by the other. 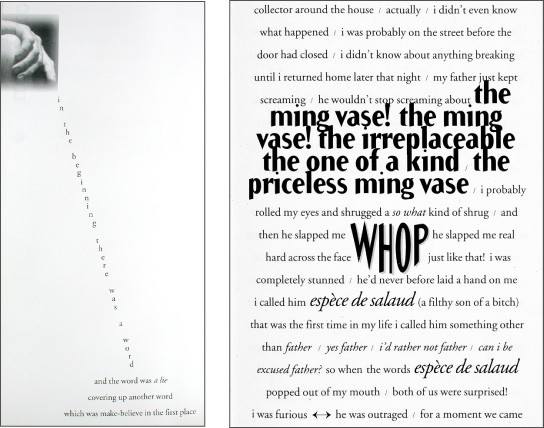 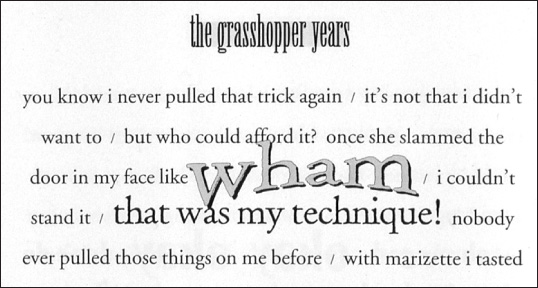 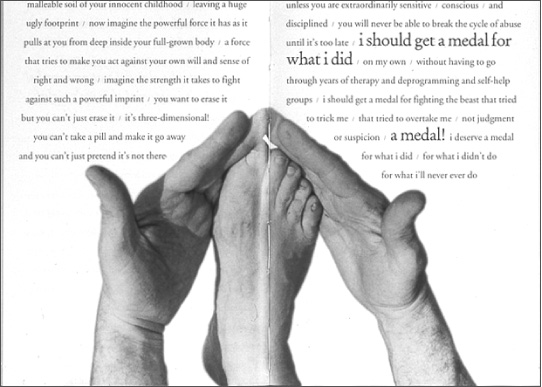 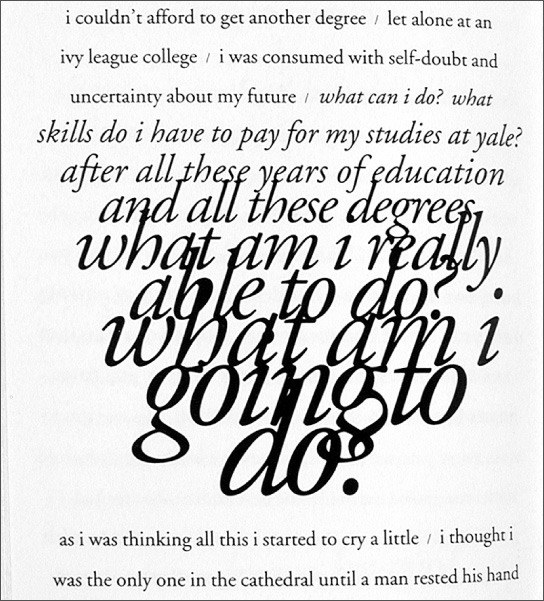 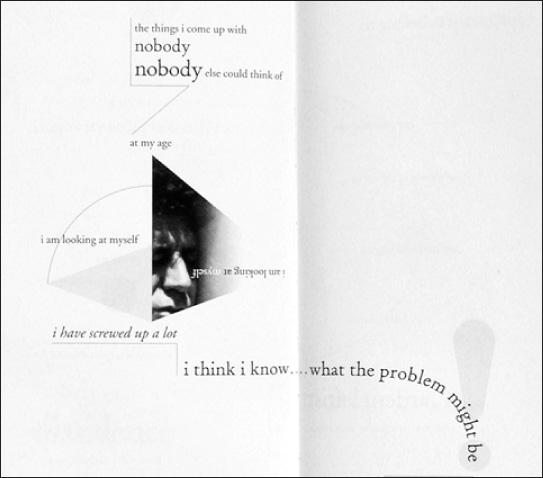 Nicky D. from L.I.C.: A Narrative Portrait of Nicholas Detommaso 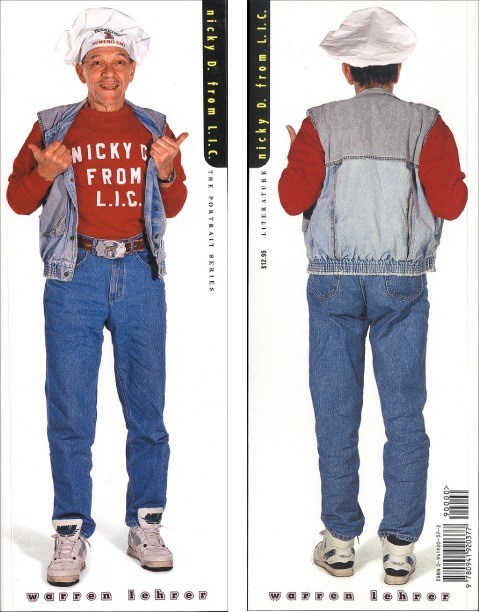 Based on a hard-boiled, soft-hearted, retired dock worker who expounds on the meaning of life from his four room railroad flat in Long Island City, New York, where’s he’s lived for over seventy years. Surrounded by memorabilia and seasonal icons of good cheer, Nicholas Detommaso delivers a continuous stream of barbed commentary on familial duty, work, war, money, religion—and the best way to chop garlic. Undiminished by a childhood spent in and out of hospitals, a lifetime of backbreaking work, and his share of disappointments, this irascible character reveals a tender regard for friends and family, and a stubborn inclination for life. 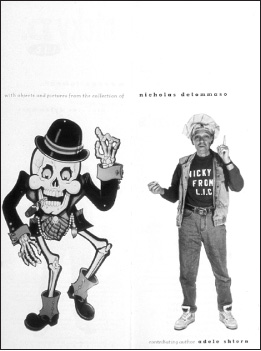 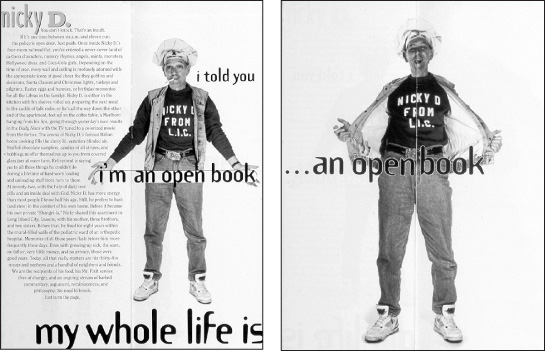 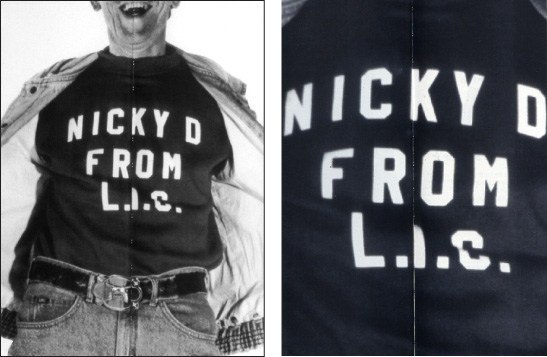 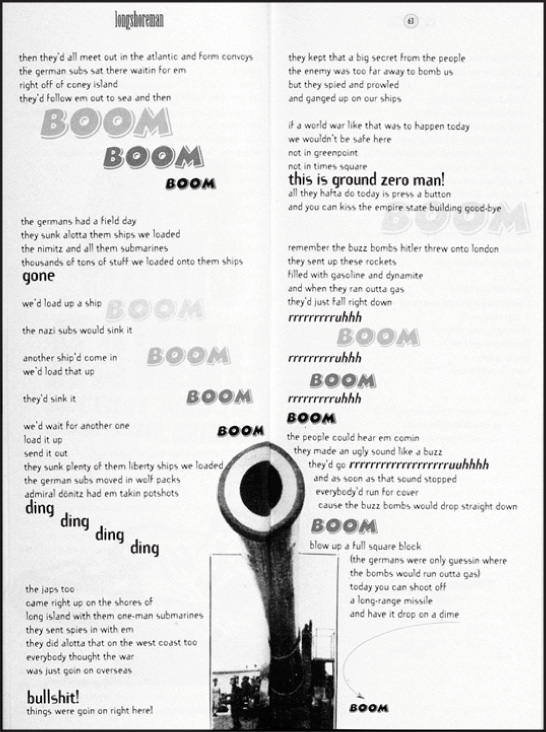 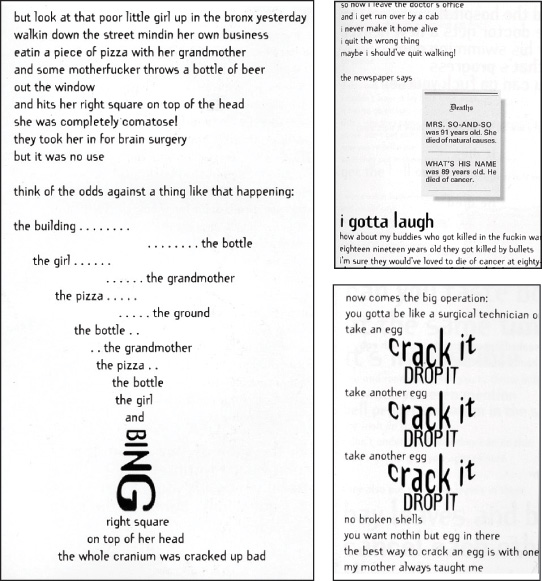 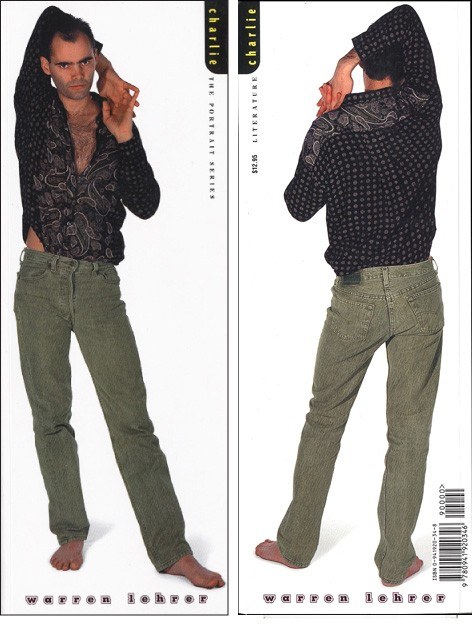 Charlie Lang is a gifted musician struggling to step outside the revolving door of a mental health system that has defined and sustained him for over seventeen years. In a world that rewards strength over sensitivity, the protagonist’s exceptional intuitive powers are a blessing as well as a curse. Culled from years of friendship and conversation, this portrait book chronicles the journey of an imaginative, unconfinable spirit, in search of dignity, love, artistic expression and transcendence. Charlie’s poetic, sometimes harrowing, sometimes hilarious reflections bear witness to life in and out of hospitals, day treatment centers, half-way, and all-the-way housing. The text is illuminated by original drawings by Lang. 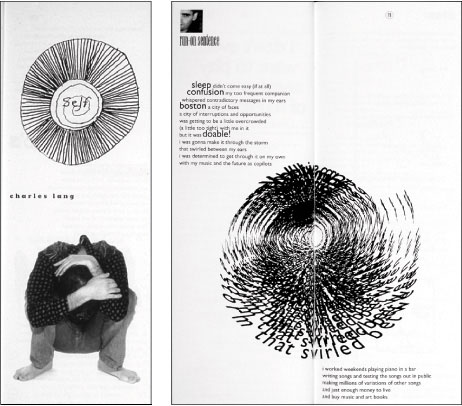 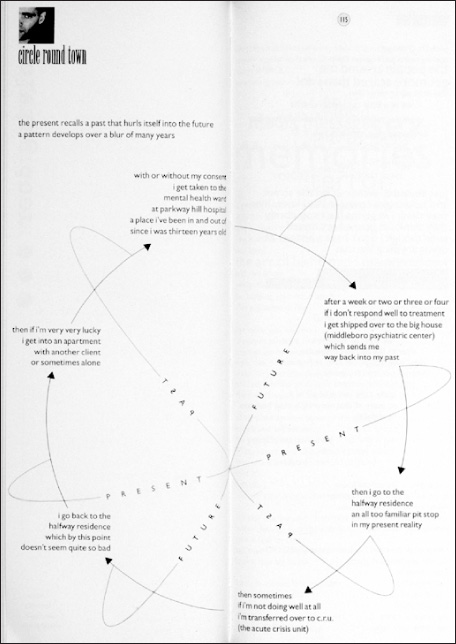 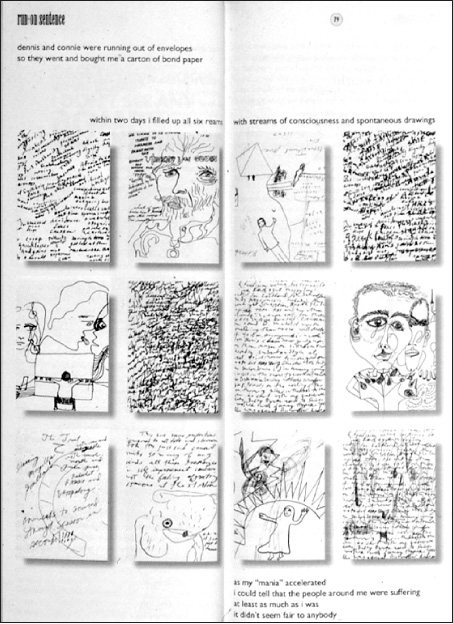 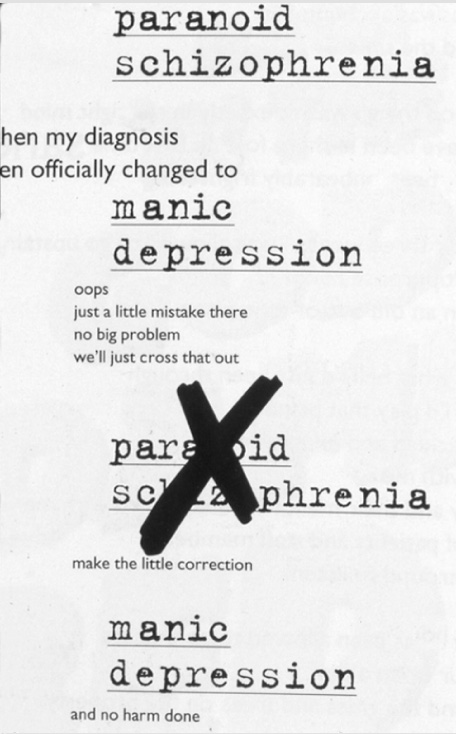 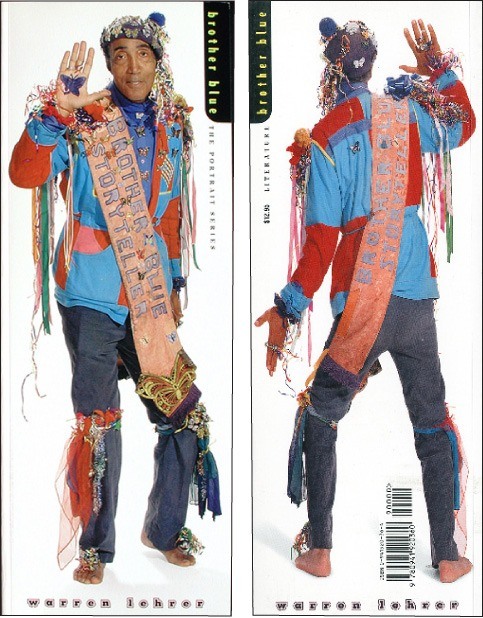 This book gives voice to the stories behind the stories of Dr. Hugh Morgan Hill, a.k.a. Brother Blue, the official storyteller of Boston. The great grandson of a slave owner and his slave, Blue rises through the white dominated spheres of the military, the ministry and academia, then sheds institutional life to become a roaming town crier, street poet and raconteur — fueled by a transformative power of sacred service. Renowned for spinning parables of struggle and hope on street corners and in prisons, schools, subways, and churches — Brother Blue entrusted me with writing this portrait based on his seldom heard accounts of growing up during the depression under the spell of mythically heroic parents; serving as a black lieutenant during World War II in the segregated US Army; and riotous attempts at turning the hallowed traditions of the Ivy League and the church on its head! 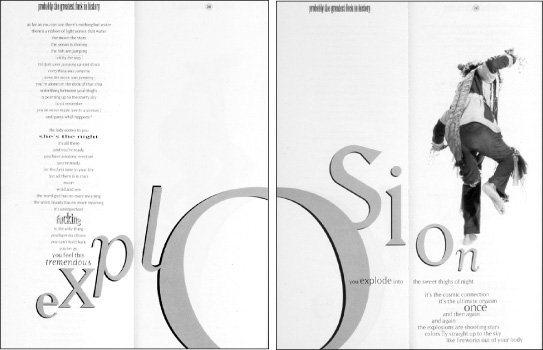 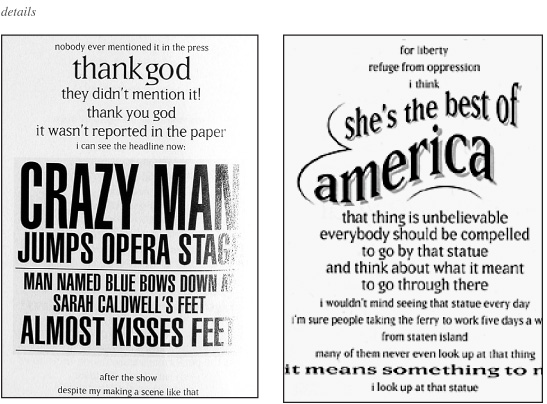 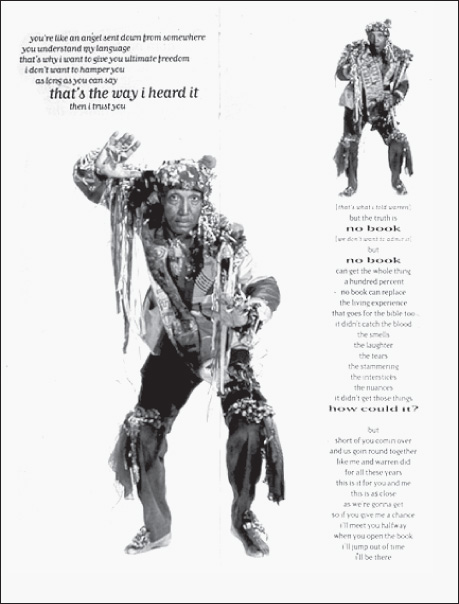 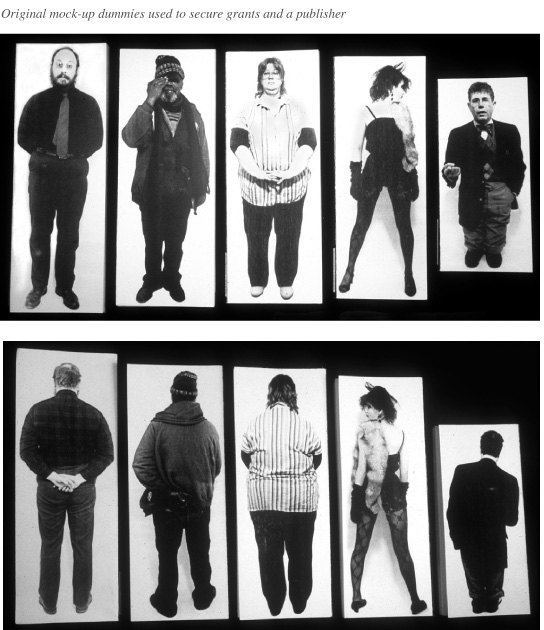