Warren Lehrer was honored by the Center for Book Arts in NYC “for his contribution to book arts and its connection to the broader world of contemporary art.”

“Every year The Center for Book Arts honors three important people who have and continue to inform the book arts field, such as curators, librarians, collectors, organizations, and, of course, artists.” Lehrer was recognized as one of the 2016 honorees at this year’s Center for Book Arts Gala Benefit on April 4th at the National Arts Club in NYC. The other honorees this year were May Castleberry, librarian at MoMA, and Peter Kraus, proprietor of Ursus Books.

On March 24 Warren Lehrer premiered the A LIFE IN BOOKS: Bleu Mobley Retrospective Exhibition at the O’Kane Gallery at the University of Houston, Downtown. Based on Lehrer’s award-winning illuminated novel A LIFE IN BOOKS, the exhibition presents itself as a retrospective of Bleu Mobley’s life work. It encompasses over 250 pieces, including all 101+ Bleu Mobley book jackets, accompanied by “original” catalogue descriptions, select interior pages, book-like objects, animations and video performances of book excerpts, and facsimiles of letters, articles, notebooks, and other artifacts that help tell the Bleu Mobley story.

A LIFE IN BOOKS: The Rise and Fall of Bleu Mobley is an illuminated novel that contains 101 books within it, all written by Lehrer’s protagonist—Bleu Mobley—a controversial author who finds himself in prison looking back on his life and career. Mobley’s autobiography/apologia is paired with a review of all 101 of his books, each represented by its first-edition cover design and catalog copy, and more than a third of his books are excerpted. The resulting retrospective contrasts the published writings (which read like short stories) with the confessional memoir, forming a most unusual portrait of a well-intentioned, obsessively inventive (if ethically challenged) visionary. A LIFE IN BOOKS explores the creative process of a writer/artist, as it reflects upon a half century of American/global events, and grapples with the future of the book as a medium, and the lines that separate and blur truth, myth, and fiction.

A LIFE IN BOOKS is the winner of 9 Awards including: The 2015 International Book Award – Best New Fiction, The 2014 IPPY Outstanding Book of the Year Award for “Most Original Concept” (Independent Publisher), The 2014 Best New Fiction Award (USA Best Books), a Next Generation Indie Book Award, a National Indie Book Award, a CBAA Exhibition Prize, and a Print Magazine Regional Design Award

ORDER A COPY NOW
Visit the A LIFE IN BOOKS website

In his funny, thought provoking performance/readings, Warren Lehrer presents an overview of Bleu Mobley’s life in books via many of Mobley’s book cover designs, book-like objects, and other biographical materials including animations and video performances of Mobley book excerpts. 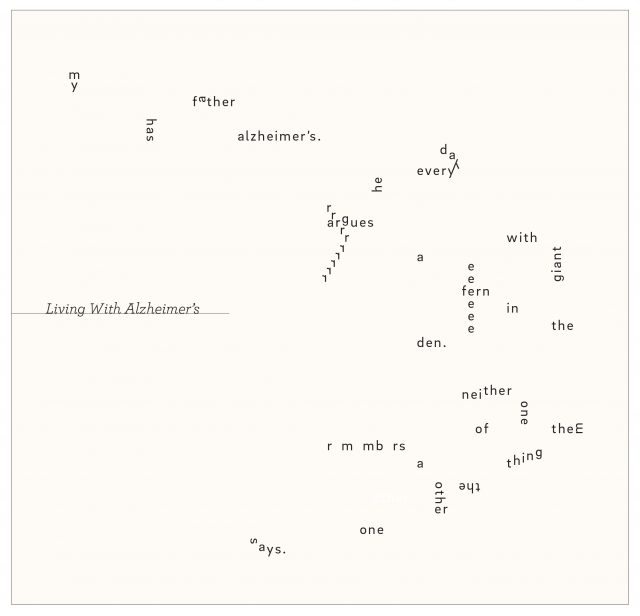