1001 Voices: A Symphony for a New America excerpts

1001 Voices: A Symphony for a New America excerpts. from EarSay Inc on Vimeo.

This multi-media orchestral and choral work, inspired by the multi-ethnic America found in Queens, New York—the most ethnically diverse locality in the United States—is about migration, transformation, and the search for home. It is a 21st century, musical/poetic expression of the challenges and aspirations of so many of today’s American cities and their inhabitants who hail from many different parts of the globe. Originally commissioned and premiered by the Queens Symphony Orchestra in 2012, re-orchestrated and revised in 2017, 1001 Voices has new resonance as a moving counter-narrative to the poisonous and flattening rhetoric about immigrants, refugees and diversity currently infecting the USA (and parts of the world) today.

Funding for this project, concert, and production made possible with generous support from: New Music USA, The Mellon Foundation, NYC Department of Cultural Affairs, The Center for Ethnic, Racial and Religious Understanding (CERRU), The Taft Institute for Government, The Queens College Foundation, Kupferberg Center for the Arts, Aaron Copland School of Music.

A production of EarSay. For booking and other information, contact [email protected]

Listen to Me: EarSay Youth Voices

EarSay Youth Voices: Listen to Me: a multi-lingual song.

From A LIFE IN BOOKS: The Rise and Fall of Bleu Mobley: Precipice

Globalization: Preventing the Sameness of the World Eugene Hütz of Gogol Bordello 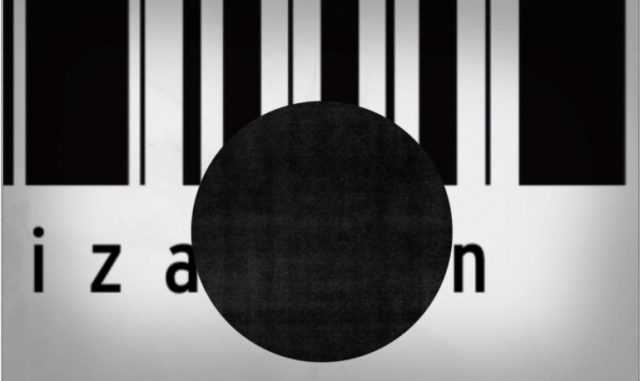 an animation from Warren Lehrer and Judith Sloan’s Crossing the BLVD project.

This video, directed and animated by Warren Lehrer with Brandon Campbell, features the words of Eugene Hütz—leader of the gypsy-punk-cabaret band Gogol Bordello—sharing his views on ‘globalization’ and putting forward an alternative vision of what he calls “multi-kontra-culture.” This animation, with sound production and arrangement by Judith Sloan, is the newest manifestation of Lehrer/Sloan’s multi-media project, Crossing the BLVD: strangers, neighbors, aliens in a new America, which documents and portrays new immigrants and refugees in the United States.

Warren and Judith were hanging out on a Lower East Side rooftop one hot summer evening, drinking vodka and sharing stories with members of Gogol Bordello, when Eugene came out with his critique of multi-culturalism, and offered up a kind of extemporaneous manifesto of multi-kontra-culture. They liked his vision so much, they ended their 400 page, 4-color book with it (W.W. Norton). Judith mixed it with some street noise and the accordion of Yuri Lemeshev, also from Gogol Bordello, and made it the last cut on the Crossing the BLVD CD. That cut called “Globalization” is the soundtrack of this 4 minute 15 second animation, which Warren recently completed in collaboration with artist/animator Brandon Campbell.