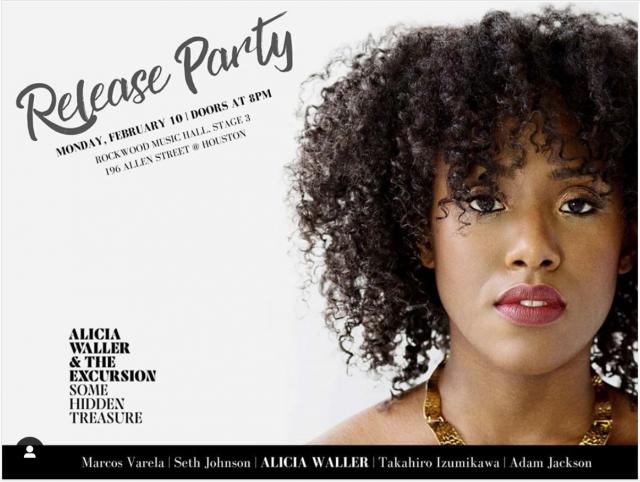 Alicia Waller works with EarSay on several projects. She is a New York City-based soprano, vocalist, and songwriter seeking to integrate a range of diverse musical traditions through a performance practice that centers around the female voice. To hear her is to encounter an incredibly versatile musician with a seemingly insatiable appetite for artistic exploration. She is, for example, a classically trained opera singer as well as an avid interpreter of a number of Latin and vernacular forms from around the world.

In her debut album release Some Hidden Treasure, Waller unveils four original songs that present a wide-ranging exploration of American music.  Appearing as frontwoman of Alicia Waller & The Excursion, she calls the record “an experiment about the spaces in between.” Waller’s Some Hidden Treasure weaves globally inspired jazz with soul, soul with R&B, and R&B with spirituals and the blues, plus a nod to hip-hop.  She achieves this all while expertly adapting her trained vocal instrument to an entirely new direction alongside veteran bassist and co-producer, Marcos Varela, and in the company of the formidable instrumentalists who form her backing ensemble, The Excursion.