Creative Team for It Can Happen Here

n (Playwright/Actor/Music Producer) is an actor, audio artist, radio producer, educator, human rights activist, and poet whose work combines humor, pathos and a love of the absurd. For over twenty years, Sloan has been producing and presenting interdisciplinary works in audio and theater, portraying voices often ignored by the mass media. Her work has been produced in theaters and festivals throughout the U.S. and abroad, including: La MaMa E.T.C., The Public Theater, The Theatre Workshop (Scotland), The Smithsonian Institution, the Market Theatre (Johannesburg), among others. Her commentaries, poetry and documentaries have aired on National Public Radio, New York Public Radio, WBEZ Chicago, PRI, BBC, and listener-sponsored stations throughout the U.S. Her solo performances and multi-character plays include: Denial of the Fittest Responding to Chaos, A Tattle Tale: Eyewitness in Mississippi, and Crossing the BLVD: strangers, neighbors, aliens in a new America (based on the critically acclaimed book co-authored with Warren Lehrer, winner of the Brendan Gill Prize) and Yo Miss! Sloan has received numerous awards for her audio mixes, documentaries and work with musicians, integrating storytelling, acting, sampling and multiple languages into symphonic pieces, live performance with actors and musicians, and radio, including a 2013 New York Foundation for the Arts (NYFA) fellowship in Sound/Music, grants from the New York State Council on the Arts, the Queens Council on the Arts, the Ford Foundation, and the Rockefeller Foundation, among others. Sloan was commissioned to write the libretto for 1001 Voices: A Symphony for a New America, with music by Frank London and animations by Warren Lehrer, which premiered in April 2012 by the Queens Symphony Orchestra and was produced again in December 2017 at the Kupferberg Center for the Arts. Judith is one of four artists chosen for the Queens Council on the Arts Artist Commissioning Program inaugural year 2017/2018 for projects that tell untold stories and fill gaps in American culture. With that commission she created IT CAN HAPPEN HERE which is continuing to be developed. She received a 2019 QCA grant to create a podcast dealing with issues of cross-cultural and intergenerational collaborations based on the development of It Can Happen Here. Along with Warren Lehrer, Sloan is the co-founder of EarSay, an artist-driven non-profit arts organization dedicated to uncovering and portraying stories of the uncelebrated, with projects that bridge the divide between documentary and expressive forms in books, exhibitions, on stage, in sound and electronic media. She is also a member of the adjunct faculty at New York University’s Gallatin School of Individualized Study, and a frequent guest performer and lecturer in universities and schools throughout the country. Sloan is a member of the Dramatist Guild and the Network of Ensemble Theatres and the Alliance of Resident Theatres, NY (ARTNY). Sloan has been working with immigrant and refugee teenagers, many who come from war-zones, since 1998. Her work with EarSay Youth Voices- Cross-Cultural Dialogue Through the Arts Project in partnership with the International High School at LaGuardia Community College in Queens garnered her a Partnership in Education Award in June 2009. The program continues to serve immigrant youth in weekly workshops and performances.

inger/Actress)  is the renowned singer from dance/punk band “!!!” (Chk Chk Chk) and a featured singer in the Resistance Revival Chorus, a new group spearheaded by the organizers of the Women’s March. She is also a beloved presence on the Brooklyn soul scene through work with Binky Griptite’s The Mellomatics, Rv. Vince Anderson’s Love Choir, and her own band, the MAP legends. Her powerhouse vocals and fiery stage presence have also landed her performances with Sharon Jones & the Dap Kings, The Roots, Deborah Cox, The All-American Rejects, and Wild Belle. Meah was formerly captain of the NFL’s Baltimore Ravens cheerleading squad, and starred in the popular talent-search reality series “R U the Girl?” (UPN/Fox), hosted by hip-hop pioneers T-Box and Chilli from TLC.

Priya Darshini (Singer/Actress) is a New York-based Indian musician, actress, athlete and activist who has attracted international attention for her unique and multifaceted career. The Indian Express calls her music “soul stirring,” five-time Grammy winner Roy Wooten calls Priya Darshini “an inspiration,” and Tracy Silverman, calls her “one of the most influential artists from India.” Taking her roots from Indian Classical music, Priya’s vast knowledge of a variety of music from all over the world has resulted in a fresh, imaginative and fascinating new sound. She displays an enviable combination of range, technique, unconventional compositions and a prodigious voice that truly sets her apart from other vocalists and has the ability to intrigue and captivate any audience. Priya has shared the stage and collaborated with some of the most influential international and national music leaders of the century, including Pearl Jam, five-time Grammy award-winning drummer and composer Roy “Futureman” Wooten, three-time Grammy award-winning saxophonist Jeff Coffin, four-time Grammy award-winning trumpeter Philip Lassiter, Grammy-nominated Louis Banks, virtuoso ukulele player Jake Shimabukuro, virtuoso hammered dulcimer player Max ZT, and more.

tiago (Singer/Actress/Percussionist) is a vocalist, percussionist and composer from Brooklyn, N.Y. At age nine, Lisette was accepted into The Metropolitan Children’s Opera, and later received both classical and jazz vocal training at LaGuardia H.S. of Music and Art, and Columbia University’s joint program with The Juilliard School. Hailing from a family of Puerto Rican musicians, Lisette began to study drum set and hand percussion at a young age. With a strong foundation in Afro-Cuban and Brazilian percussion, Lisette was first recognized as one of a handful of female Batá players in the U.S. She has recorded and shared the stage with artists such as Lizz Wright, Jeremy Pelt, Ron Carter, Bill Cole, Warren Smith, Gerald Veasley, Billy Drummond, Alex Blake, Joseph Daley, Danny Grissett, Mike Moreno, Cyro Baptista, Romero Lubambo, Vernon Reid, etc.

Emily Wexler (Singer/Keyboards) is a Brooklyn-based actor/singer/teaching artist. Aiming to harness the transformative power of the performing arts in education as a tool for community-building, as well as for self-growth, self-knowledge, and individual storytelling. She holds a B.A. in Drama/Vocal Performance from Vassar College, 2014. Currently, Emily is the co-director of EarSay Youth Voices Theater Program, co-leading workshops and rehearsals with new immigrant teens. She has been the co-director of Shakespeare After School Program, the Vocal Director of the Rocak Band Program at Bank Street School and voice teacher at the Bank Street School since 2014. She was the Assistant Director and Stage Manager for Theatre for Social Change in 2015, an ensemble of formerly incarcerated women that creates plays with their own stories and experiences to raise awareness about the prison system and reentry. She was an ESL tutor at the Poughkeepsie High School from 2013-2014, developing and implementing an ESL curriculum tailored to the needs and skills of high school-age students. She is currently in training to be in a co-leadership position with the EarSay Youth Voices at LaGuardia Community College. 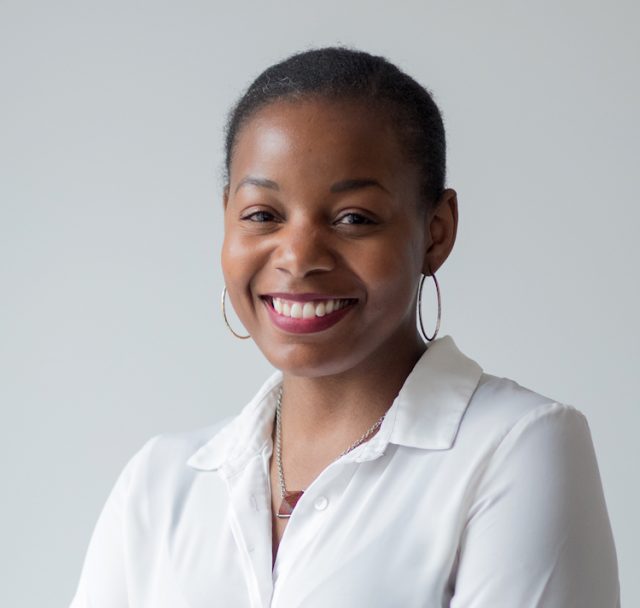 (Story Consultant) has produced hundreds of hours of non-fiction television and audio series. Her work includes The Wilderness, an audio doc hosted by former President Barack Obama’s speech-writer, Jon Favreau, Talking Dead, Ink Master, and Beat Bobby Flay. Among several projects in development, she is producing her first short film, Constructs, which explores her own complexities growing up amidst the shadows of the confederacy in Richmond, Virginia. ‬Prior to her career in media, Giona was a Legal Assistant at the U.S. Department of Justice, and a community advocate for formerly incarcerated citizens and low-income families in Washington, D.C. She draws upon her versatile experiences to curate stories that explore the gray areas of humanity. Giona holds an M.A. from New York University’s Gallatin School of Individualized Study with a concentration in Cultural Politics and Media; and is a Magna Cum Laude graduate of Howard University with a B.A. in Communication and Culture. In addition to her academic experience, she earned a Diversity Scholarship at the Upright Citizens Brigade with a focus on improv and sketch writing. Giona spent her childhood in Richmond, Virginia and Washington, D.C., and currently resides in New York City. 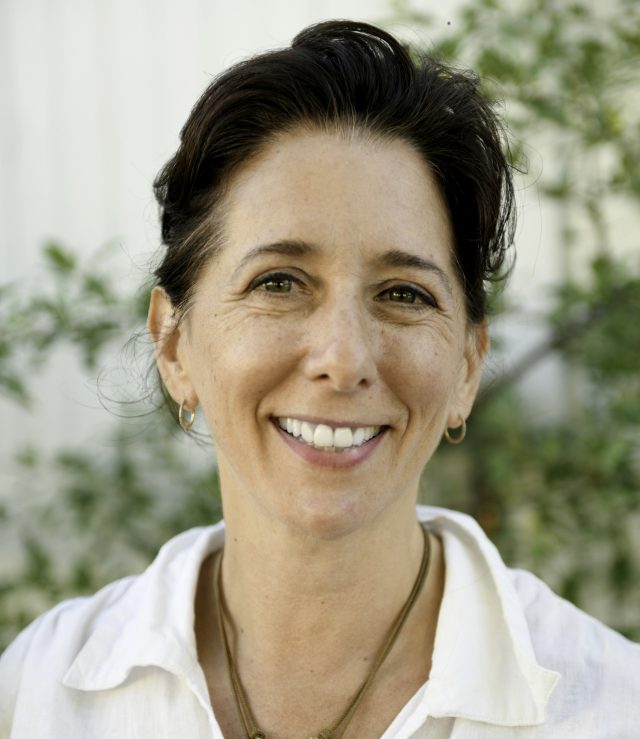 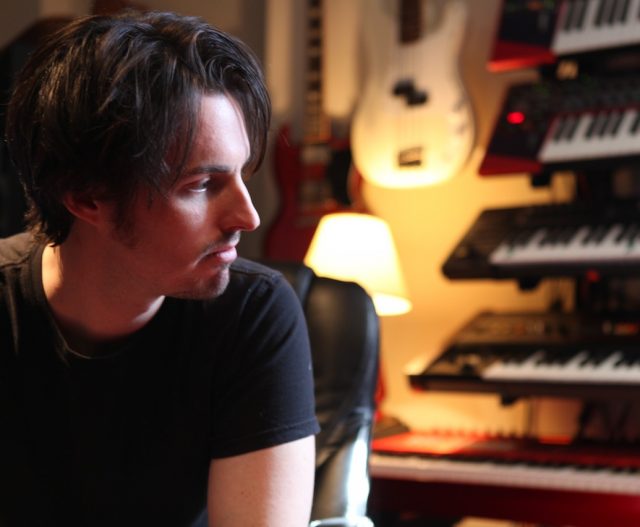 Musical Consultant/Instrumentalist/Sound Engineer/Music Producer) is a Grammy-nominated composer, producer and engineer based in Brooklyn, NY. He has worked with Kanye West, John Legend, Snoop Dogg, Common, DMC (of Run-DMC), Estelle, Corinne Bailey Rae, Cee-Lo Green, Siedah Garrett, Imani Coppola, Res, Alice Smith and many others. He also composed music for major brands, like BBC First, Uber, Johnny Walker, Jose Cuervo, and Uniqlo. His compositions and productions have been featured on television, in movies, on the radio, and on the web. He owns and operates The Glass Wall, a private boutique recording studio located in Brooklyn, NY. Joshua was a consultant and engineer on Judith Sloan’s Yo Miss!

For more information about the ACP,

Sloan’s ACP project, It Can Happen Here, is made possible by generous support from the Scherman Foundation, the New York State Regional Economic Development Council and the New York City Department of Cultural Affairs, EarSay and Jamaica Performing Arts Center.